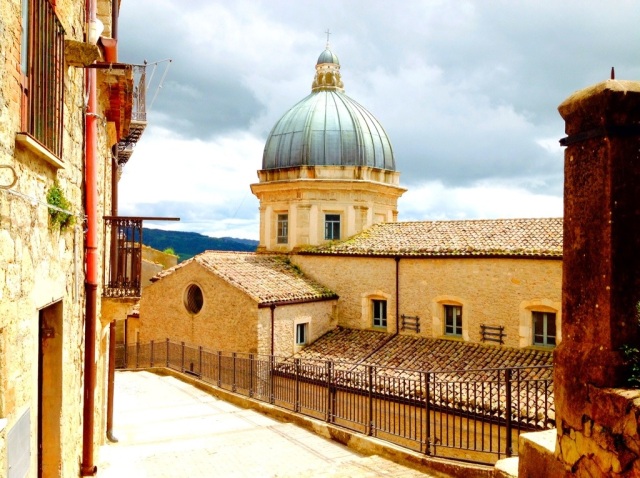 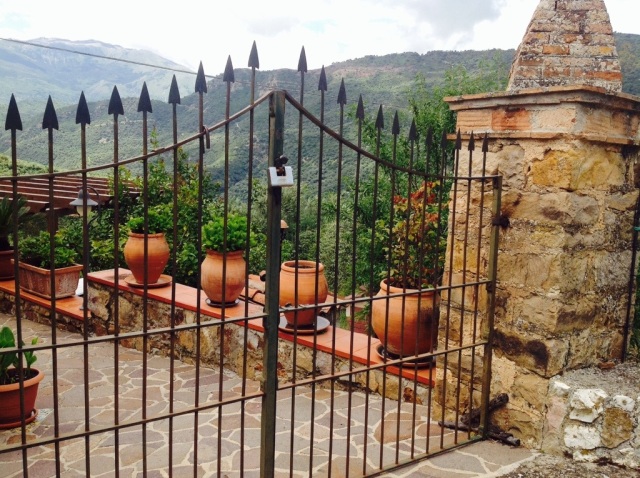 I was excited to visit ancient mountain villages, preserved from medieval times with narrow stone streets, markets and churches. Trails across this amazing landscape are an exciting and spectacular way to discover the beauty, history and atmosphere of this wonderful Mediterranean island. I could not resist it and stopped to take pictures…

Soon after I realized the road was getting a bit scary so I crossed onto a drive up into the Madonie range, through the back roads of exquisite towns with names l could not relate to,where hotels and restaurants hardly existed, over roads that some years ago were barely paved and often were in fact simply ditched and graded wagon trails, to an impossible shale mountain covered by a honeycomb of rock houses and alleyways called Gangi.
That’s when I saw a white truck that overtook me, & a German VW van that seemed to be struggling all the way up.

I made the decision to follow it as its driver seemed to know where he was going. Our paths crossed on a curve that I was not ready for. It nearly hit the back of his truck as when he did breaked quickly and the road disappeared from my eyes. At that point I thought …I should go back!
He was driving a 4×4 truck and seem to know the way well enough.
I knew it would be a long drive and it was Sunday so I was also concerned that I would not find Benzina ( petrol).
That’s when I crossed and asked the white truck to stop. That’s how I met Giacomo, the driver. He was on his way to Gangi to meet his partner and he assured me that I would find a Petrol Station open in Gangi. Another half an hour and… Ok, I can do this! I will follow you. 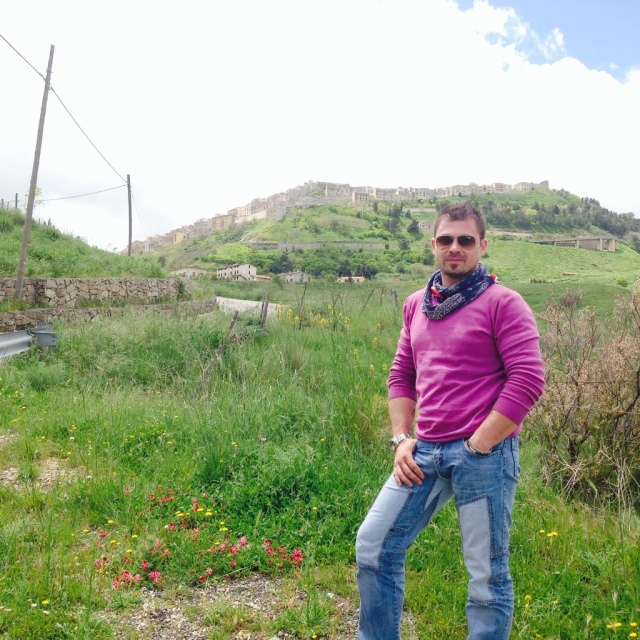 Soon after, coming around the mountain bend that grants your first sight of Gangi I was overwhelmed. I had to stop to take pictures of Gangi and Giacomo ( above) for you guys to see.
It turned out he could speak English as his job in Wind Turbines takes him all over so he gave me a quick induction about to his hometown of Gangi.
It’s a mixed feeling of energy that is equally bewitching, but as you rest there at the roadside studying this solitary, thousand-foot hill town, there is also something strange, unsettling, about the place. The closer you come to Gangi, the stranger that feeling becomes. I can’t explain it…

Giacomo told me not to drive up to the top but I told him I am Brazilian and like to prove a point. Why drive a Smart car if you can’t go to the mountain top? To drive up the front of Gangi, through the web of cobbled walls and streets, promises almost certain failure. Rising and falling with the terrain, the medieval passages become stairways or else grow so narrow that even a Fiat 500 would drop its axle over the outer edge if it advanced another yard, leaving the hapless driver to back up over the dusty stones to the second or third previous division point in this interconnected dreamway that only those born to it can navigate with confidence. To ascend the front of Gangi it is better to walk. Hoof yourself up past the ancient Norman tower and the Capucine monastery and the criss-crossing stairs that replicate the stations of the cross, to the 17th century palace of the Bongiorno noblemen that is now home to the town council, where, panting and parched and wet with sweat, you find yourself unsure whether the stone silence that surrounds you is a measure of the town’s tranquility or its suspicion of almost anyone whose great-great-great-grandparents were not born there. That is the case for Antônio, Micaela and others I met in Gangi on my way to Corso Umberto to have a well desserved Lunch before I went to say a prayer as I always do Thank God I made it! 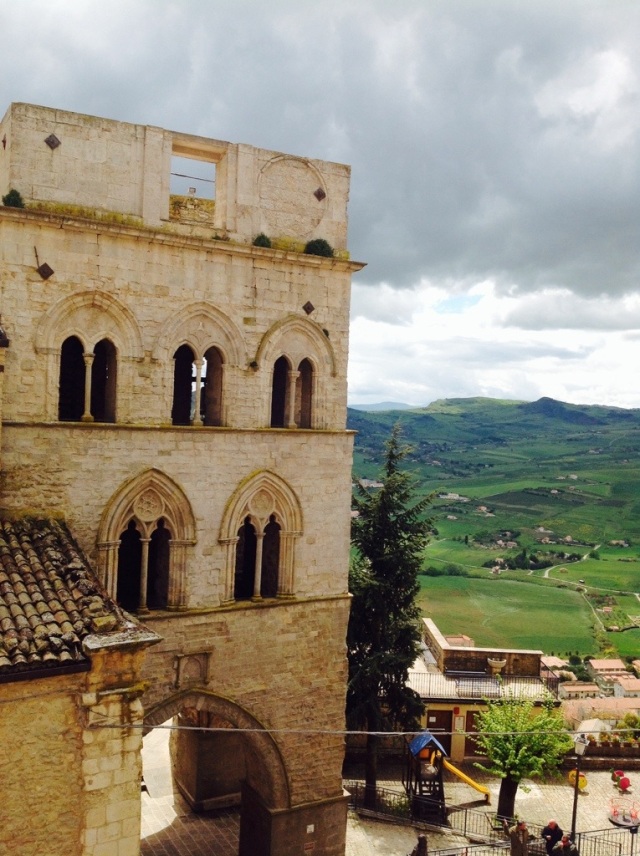 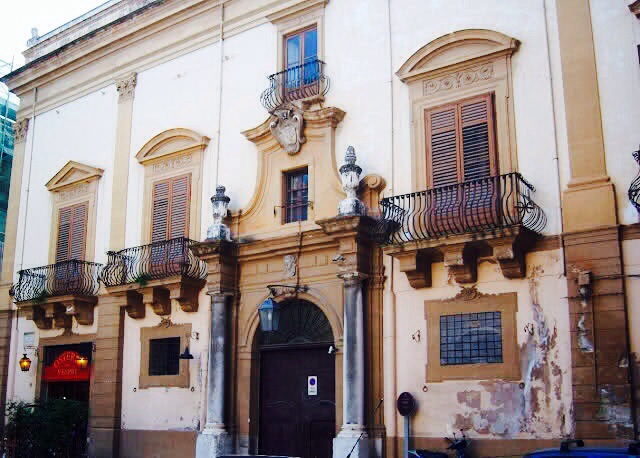 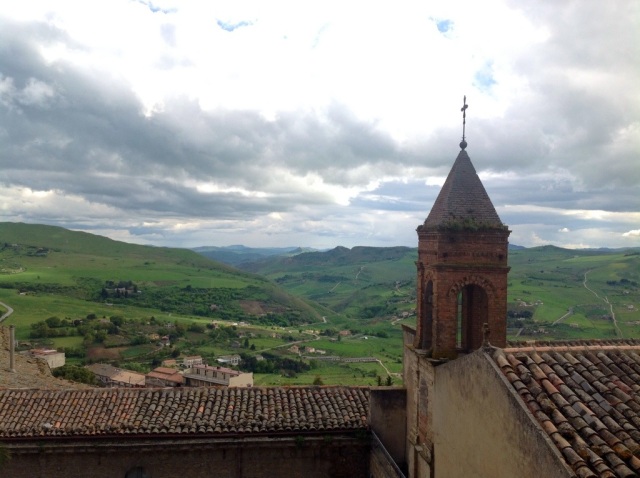