In the most intimate and true heart of Tuscany, along the antique pilgrim way “Via Francigena” connecting Canterbury (U.K) with Rome, you will find what is probably the smallest and most fascinating village on this earth: Bagno Vignoni. Mr G found this hidden gem randomly!

The tiny village center is a large rectangular basin in which hot thermal spring waters flow from its underground volcanic origins. The healing properties of the thermal waters in Bagno Vignoni were discovered first by the etruscans and then by the Romans – great lovers and connoisseurs of thermal baths. Illustrious visitors such as Pope Pius Piccolomini , Saint Catherine of Siena, Lorenzo de Medici, not to mention poets and writers through the ages that have all searched use of the therapeutic waters in the village.

crossing the mountains of the North Coast of Italy!
I was really impressed by his excellence in driving a huge motorhome with a trailer tolled behind… Not a easy task!
He drove 3 hrs straight underground ( we have never seen so many tunnels in a motorway!) and if this was a not enough challenge, his back cameras quitted on him! Both of them in the same time!
He did what he always do KEEP CALM and CARRY ON until we arrived here in Vignone a little village with tasty wine!
I will buy him a bottle to pay for all his efforts and everything else he does while I sitting here like a queen in my passenger chair!
La Dolce Vitta!
La Dolce Vitta! 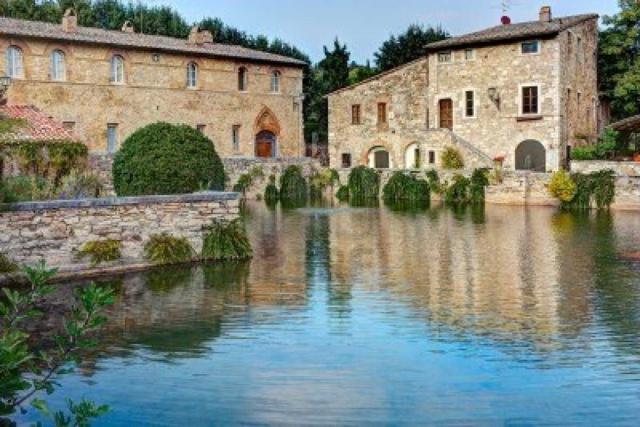 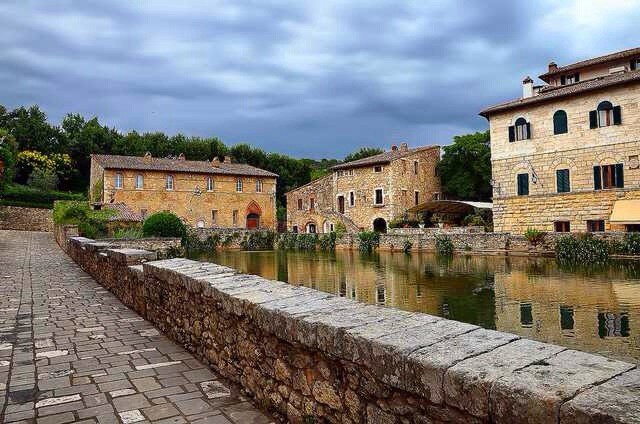